Penny Cooper, BSc (Hons), PhD, has been a barrister since 1990 and a professor of law since 2009. She is an expert on the effective participation of witnesses and parties in court.  Penny frequently advises global law firms, multinationals and leading counsel on witness familiarisation procedures, cross-examination and case management. Penny devised the English model for the witness intermediary and the ground rules approach, both are now used in justice systems around the world.  Penny co-founded and has led since inception The Advocate’s Gateway; it is judicially endorsed and internationally relied on as best practice.

Since 2003 Penny has developed unparalleled experience designing national guidance for witness intermediaries in England and Wales, Northern Ireland and New South Wales, Australia. She regularly delivers training to judges and practitioners around the world on the effective participation of witnesses and parties. In 2016 in Sydney Penny gave expert evidence to the Royal Commission into Institutional Responses to Child Sexual Abuse about the witness intermediary model which she created. In 2017 the Royal Commission’s final report recommended its use throughout Australia. 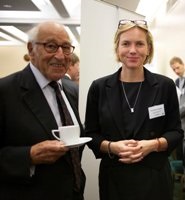 Penny is the leader of a grant funded research project at the University of London about access to justice in courts and tribunals.

Penny has a particular interest and practical expertise in cases where a witness or party is vulnerable including those affected by an autism spectrum condition/ Asperger Syndrome. 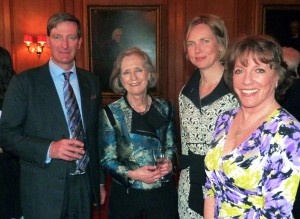 Penny is a former Governor and Director at the Expert Witness Institute and has previously advised The President of the Family Division’s Vulnerable Witness Working Group, the Ministry of Justice Advisory Group on pre-recorded cross-examination, the Training and Accreditation Committee of The Advocacy Training Council etc.

About
4.13 (82.5%) 8 votes
This website uses cookies to improve your experience. We'll assume you're ok with this, but you can opt-out if you wish.Accept Read More